Report: Retail credit cards charge as much as 29% interest 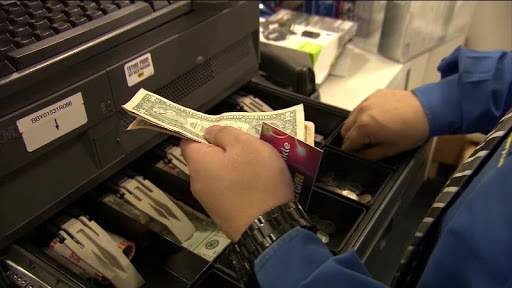 Every big retailer nowadays has a credit card, and each one tries to get you to sign up to take advantage of deals. But a new study shows your bank account will shrink as your wardrobe grows.

"I had just gotten my first apartment so, of course, I needed furniture and knick-knacks, accessories and things, and it's easy to start charging," Ellie McMillan said.

Six credit cards and $10,000 of debt later, McMillan said she paid the price.

McMillan said several of her cards were high-interest retail cards.

"I think my highest rate was 24 percent at one time," McMillan said.

A new Bankrate.com study shows many retail cards offer APR above the national average of 15 percent. According to its report, Zales and Staples had the highest interest rates and Dillard's, Nordstrom, and Williams-Sonoma had the lowest.

"Be prepared for you to make minimum payments for six years and be prepared for the total amount of the payment to be double what you charged," said Michael Carlin with Wealth Management LLC. He said he has retail cards, but he only uses them when there's an opportunity to save, and then pays them off.

"You make the purchase, you have that big savings, and if they don't offer you that same savings again, I don't use that card again," Carlin said.

He said if you're already in too deep, look into consolidating your debt with a lower interest rate.

"It is a profit center for these chains that are big enough to have their own brand of credit card," said Michael Sullivan with Take Charge America. He said these cards can help if you are looking to build your credit. But buyer beware.

"These people aren't dumb," Sullivan said. "They know when they give cards to these folks, most are going to charge enough and pay enough in interest to more than make up for the 10-percent discount they gave to that consumer when they took out that card."

McMillan said she wishes she knew then what she knows now.